Traveling?! What?!, you say.  How can you travel just a few days after surgery? Is she NUTS?!

No, I assure you, I’m not crazy. Red and I have had a little trip to visit Nonna and T planned for a while, and I made sure that when Red’s ear tubes surgery was scheduled, that the surgeon knew of our plans and that it was ok.  His reply? That the day after surgery, normal activity was recommended and flying pre-surgery would be unadvised due to increased pressure in the ear canal.
So, off we went.  It was Red’s third flight, but as far as he was concerned, he had NEVER seen an airplane this close, or seen this many vehicles in one go.  It was almost overwhelming as he announced to each passenger who boarded, “A PLAAAANE!! A PLANE!” at the top of his lungs.  He was so in shock and awe. 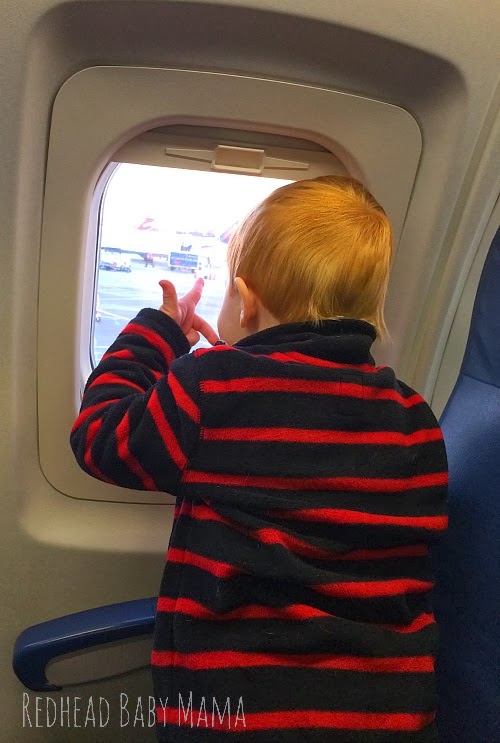 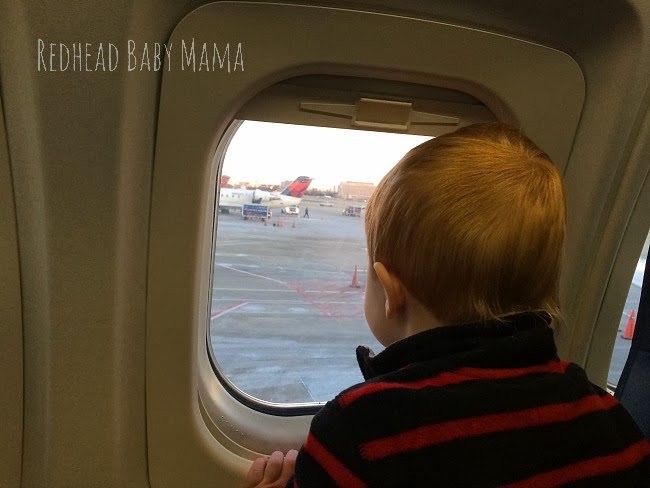 It was funny to watch his surprise and sheer enjoyment of the whole thing. Until I made him put on his seatbelt.  That was not so much fun…  When we arrived in MO, it was SNOWING like crazy.  I lived 11 years of my life in New Jersey, so I’ve seen my great share of snow and ice. I’ve lived in it, and I don’t miss it.  Not one bit.  So this first bit of MO that greeted me at the curb was a little much.  A salty, slushy mess that eroded cars, caused spinouts and laughed at my Georgia “boots” that I mistakenly thought could hoof it.  (please keep in mind that the piles of snow you DON’T see are FEET tall and most of what is left on the ground here is ice.) 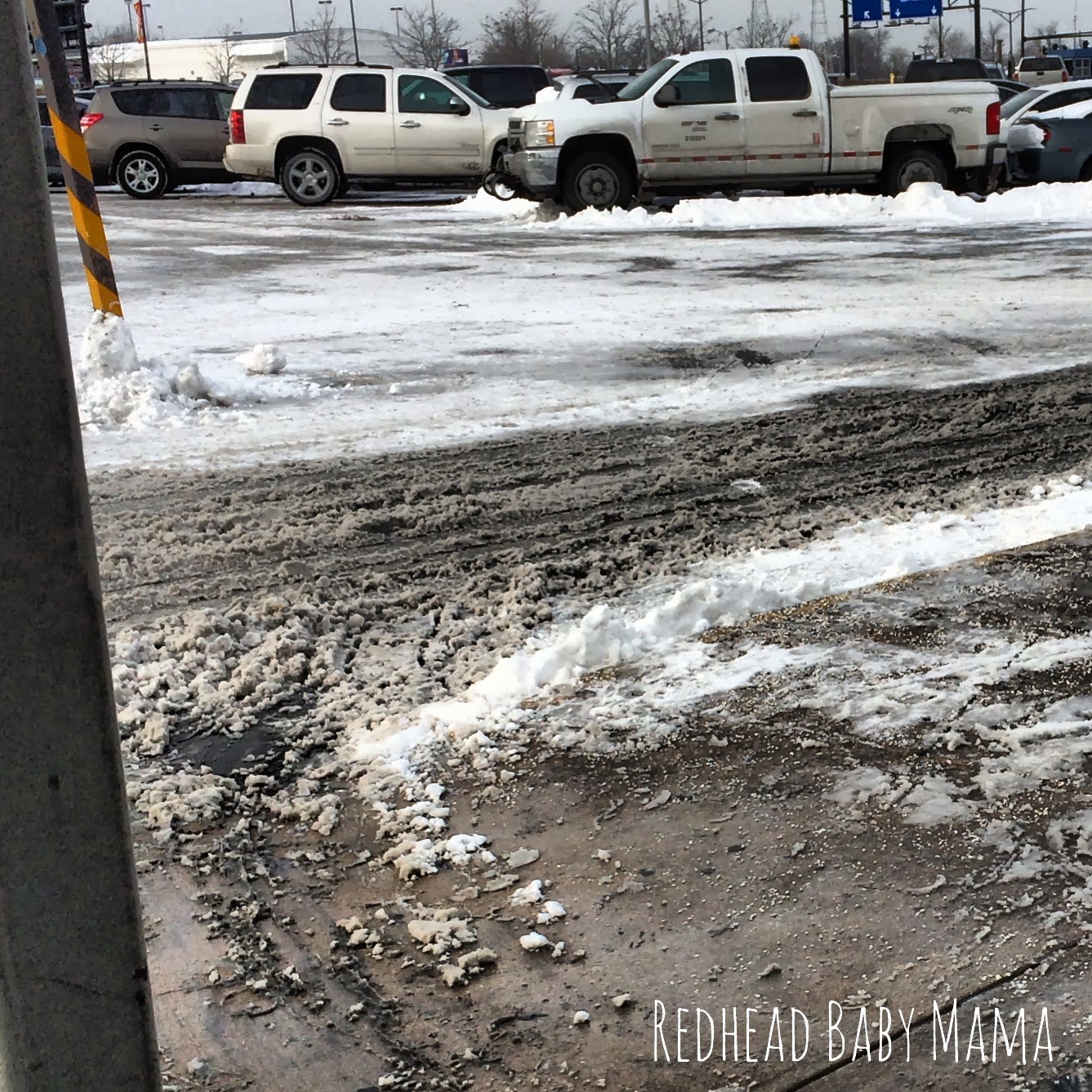 Thank goodness Dad brought the truck.  Otherwise, my nerves would have been shot.  Lots of snow beckoned Red to come and play, but we had to wait for some galoshes to arrive in the mail, or he would be drowned in the cold.  Then, it rained itself silly for a day.  Such awful weather.  But it couldn’t dampen our fun! 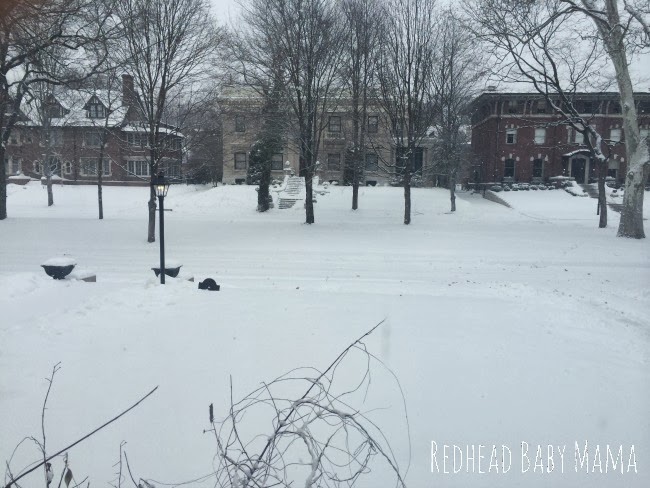 There were LOTS of new toys and new snacks at Nonna and T’s house, and not to forget Nonna and T themselves.  We’ve had many many moments where if not everyone is present, Red will incessantly ask, “Where’s T? Want Nonna!  Where Mama go?!” 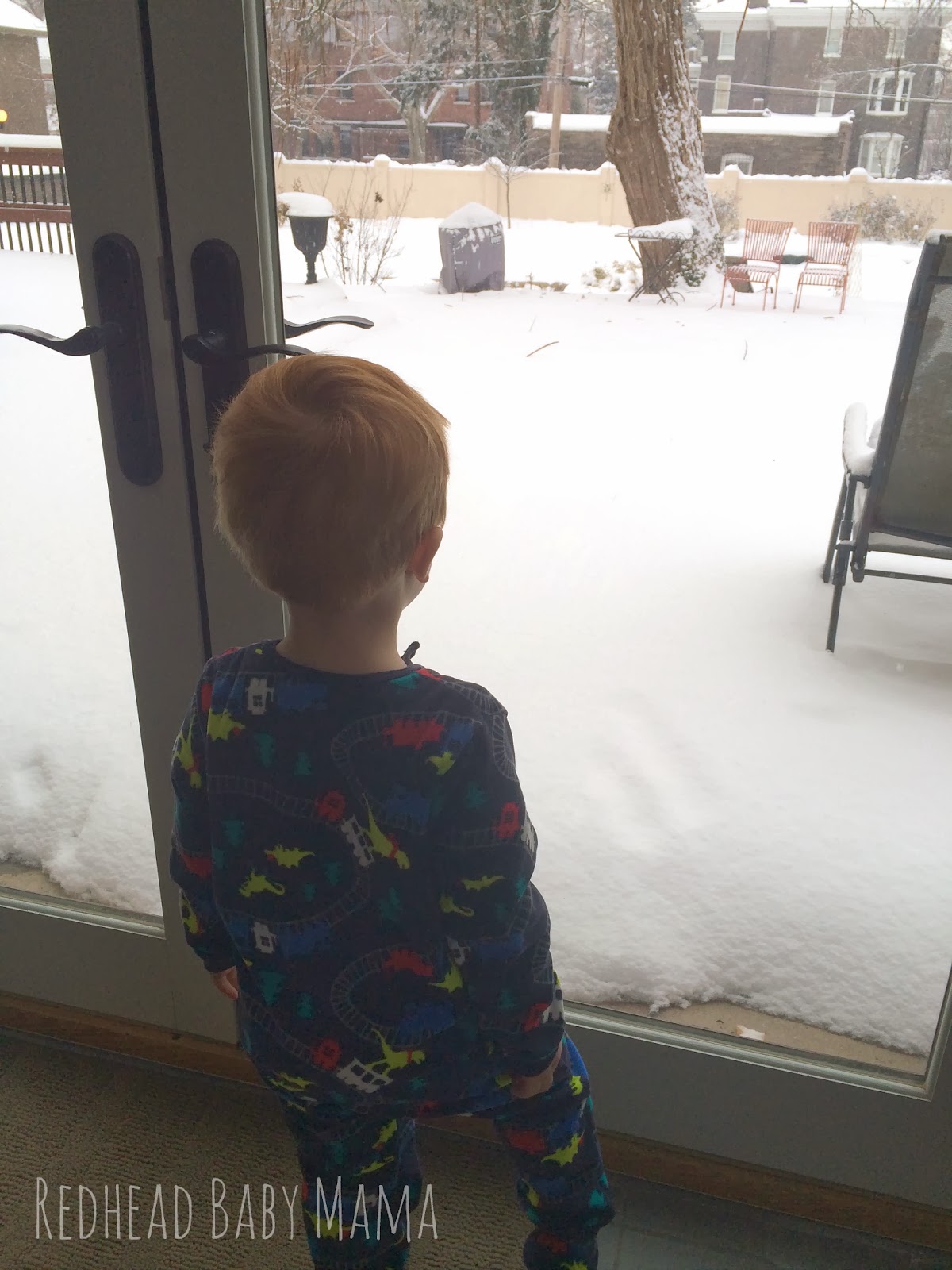 What I can’t wait to share with you most is the BEAUTIFUL house that Mom and Dad got ahold of here in MO.  Built in the 1910s, it’s the first house EVER built totally of concrete and steel.  The fixtures and layout of the home is amazing – SO beyond it’s time that even now in the 2010s, it’s everything you can ask for.  Amazing. I’m using a 100 year old toilet and bathtub and it’s rocking my socks off.  I’m such a nerdball. omg. 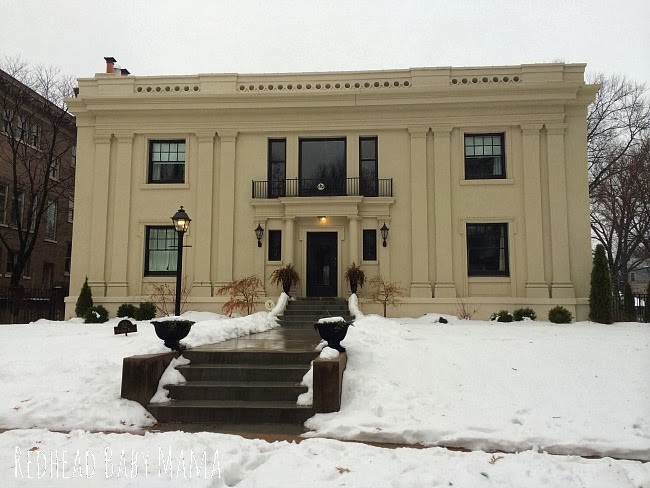 But seriously, I can’t wait to take in the sights of Missouri and enjoy some super quality time with Mom, Dad and Red.  Now, if only Hubs were here to have fun, too! We miss you, Daddy! (and Doo… and Kitty…) xoxo.