What a time we had! The 2014 runDisney Princess Half Marathon was everything I expected it to be, and more! I was so pleased that both Hubs and I finished together in about 2 hours, 45 minutes in the sweaty, muggy, Florida weather.  What’s more is that our running costumes performed very well and we were even recognized as our characters throughout the race, which was perfect (Vanellope Von Schweetz and Ralph from Pixar’s hit movie, Wreck it Ralph)! 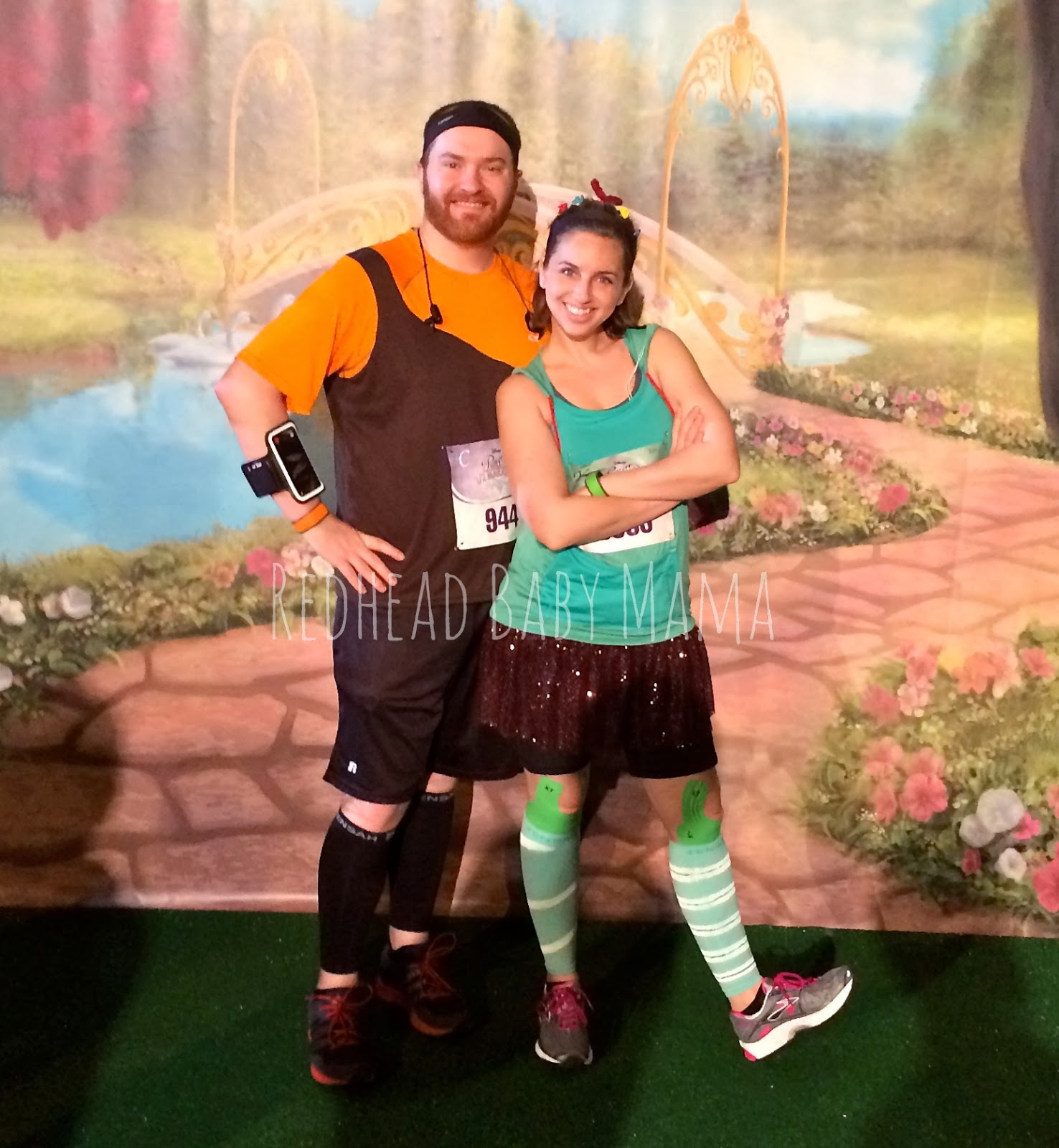 I made sure to go on a practice run when we were at home, to make sure it wasn’t too hot, nothing was falling off, and everything was fitting correctly.  Despite the fact that it truly was a “costume”, I wanted everything to be “ready to run”, tech fabric, and performance quality over 13.1 miles.  There’s nothing more rotten than a chafing shirt or bunchy shorts as you are pounding the pavement.

My Vanellope Von Schweetz costume used a few elements from Halloween, which made everything a little bit cheaper.  Hair candy clips, twizzler hair tie and my black headband were reused and worked perfectly.  My zensah calf sleeves were a Christmas present that I painted by hand, and my “hoodie” tank top was doctored by me (from another duplicate tank top) to include a hood and a working kangaroo pouch for gels and whatever didn’t fit in my SPIbelt. The skirt was a team sparkle skirt under which I put some running shorts (I love my pocketed running shorts; you can find those here:MudBusters Shorts) 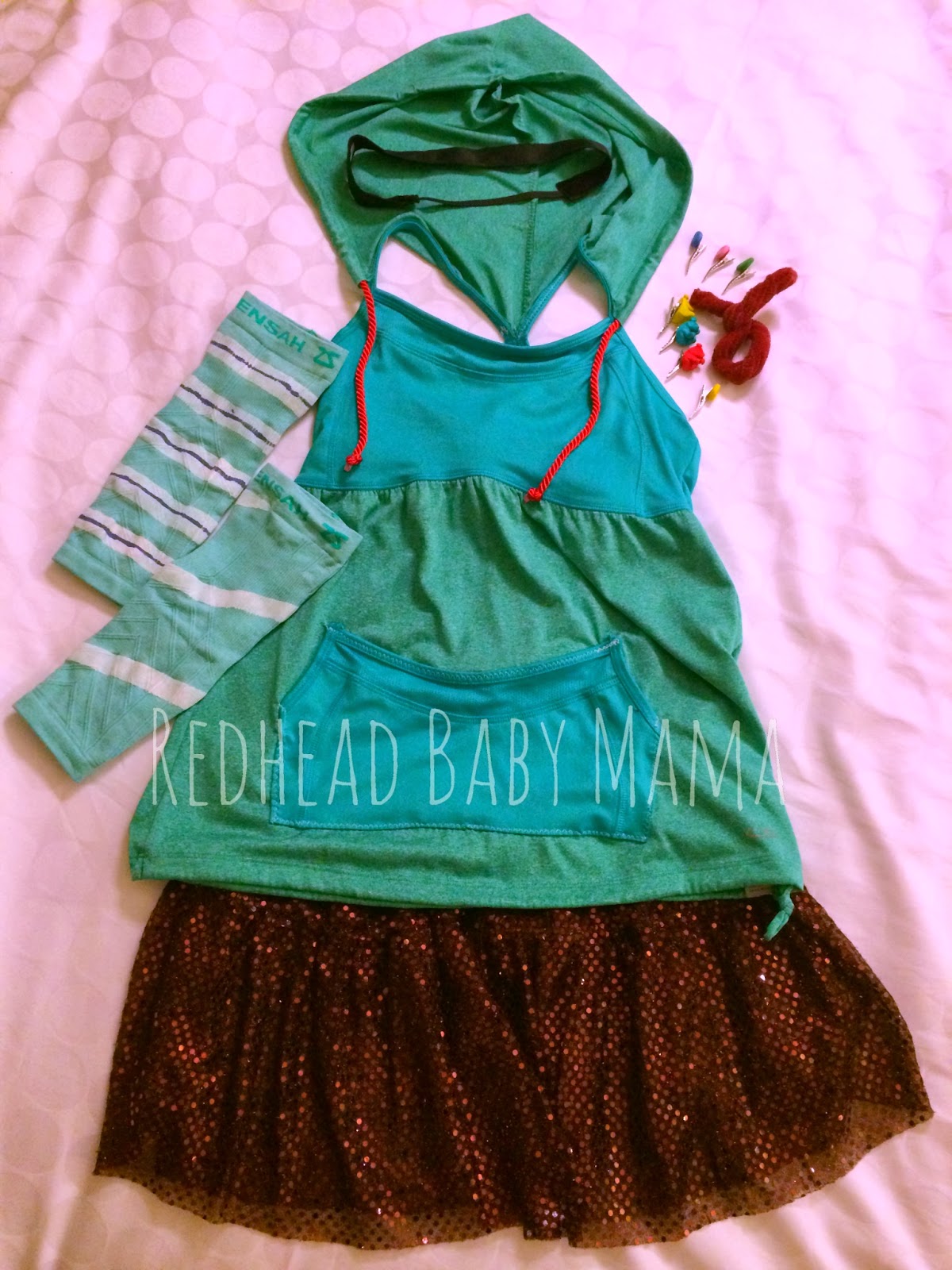 What do you think? Do I resemble the Pixar Racing Princess? It was funny to think that after I crossed the finish line, I could say, “I’m a real racer!”, just like Vanellope.  Do you run Disney, too? Let me know what you think of my runDisney Vanellope Von Schweetz costume and what other looks you are building for races! 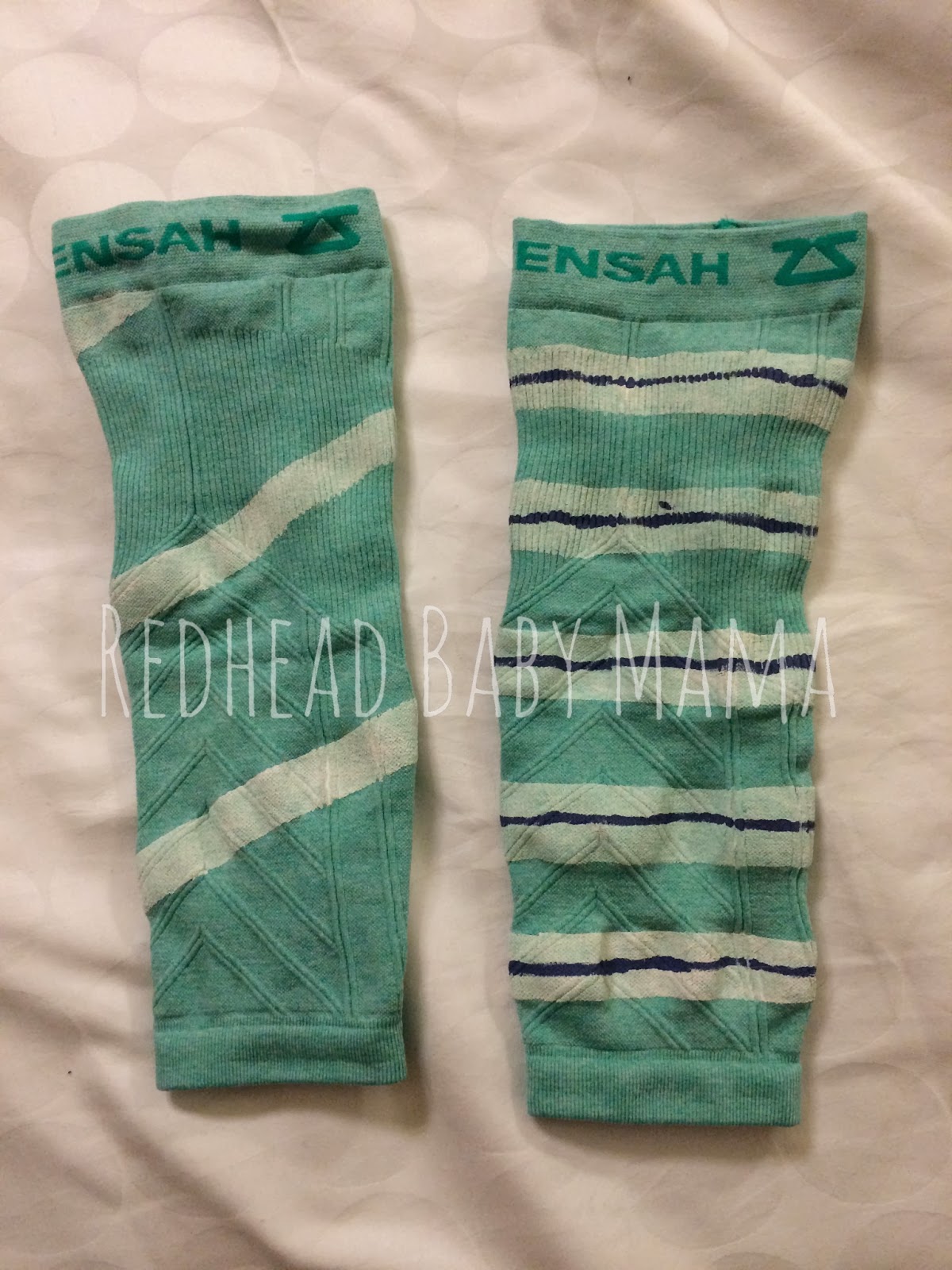