Turning Red (2022) is an upcoming Disney PIXAR coming-of-age film produced by Walt Disney Pictures and Pixar Animation Studios. Slated to be distributed by Walt Disney Studios Motion Pictures on Disney+, the film releases on March 11, 2022 and features a directorial debut by Domee Shi and a screenplay by Shi and Julia Cho.

Disney has provided us with a ton of fun Turning Red Coloring Pages and activity sheets to get ready for the film’s release (or, if you’ve already screened the film) ways to further connect with your favorite characters. Simply print the free coloring pages below and get started!

The film stars the voices of Rosalie Chiang, Sandra Oh, Ava Morse, Maitreyi Ramakrishnan, Hyein Park, Orion Lee, Wai Ching Ho and James Hong. It is the first Pixar film to be solely directed by a woman, which is notable. Turning Red was initially intended for worldwide theatrical release, making it the first Disney film to return to theaters, but the extended COVID-19 pandemic disruption due to the rapid spread of the Omicron variant resulted in a change that no one saw coming.

Simply click the link below to download the full set of PDF-style Disney’s Turning Red activity pages for wholesome family fun. You can see what kinds of pages you can expect from the printout, like mazes, coloring pages, make your own red panda ears, spot the difference, and more.

The movie, according to Disney, is billed as,

Disney and Pixar’s “Turning Red” introduces Mei Lee (voice of Rosalie Chiang), a confident, dorky 13-year-old torn between staying her mother’s dutiful daughter and the chaos of adolescence. Her protective, if not slightly overbearing mother, Ming (voice of Sandra Oh), is never far from her daughter—an unfortunate reality for the teenager. And as if changes to her interests, relationships and body weren’t enough, whenever she gets too excited (which is practically ALWAYS), she “poofs” into a giant red panda! Directed by Academy Award® winner Domee Shi (Pixar short “Bao”) and produced by Lindsey Collins “Turning Red launches exclusively on Disney+ on March 11, 2022. 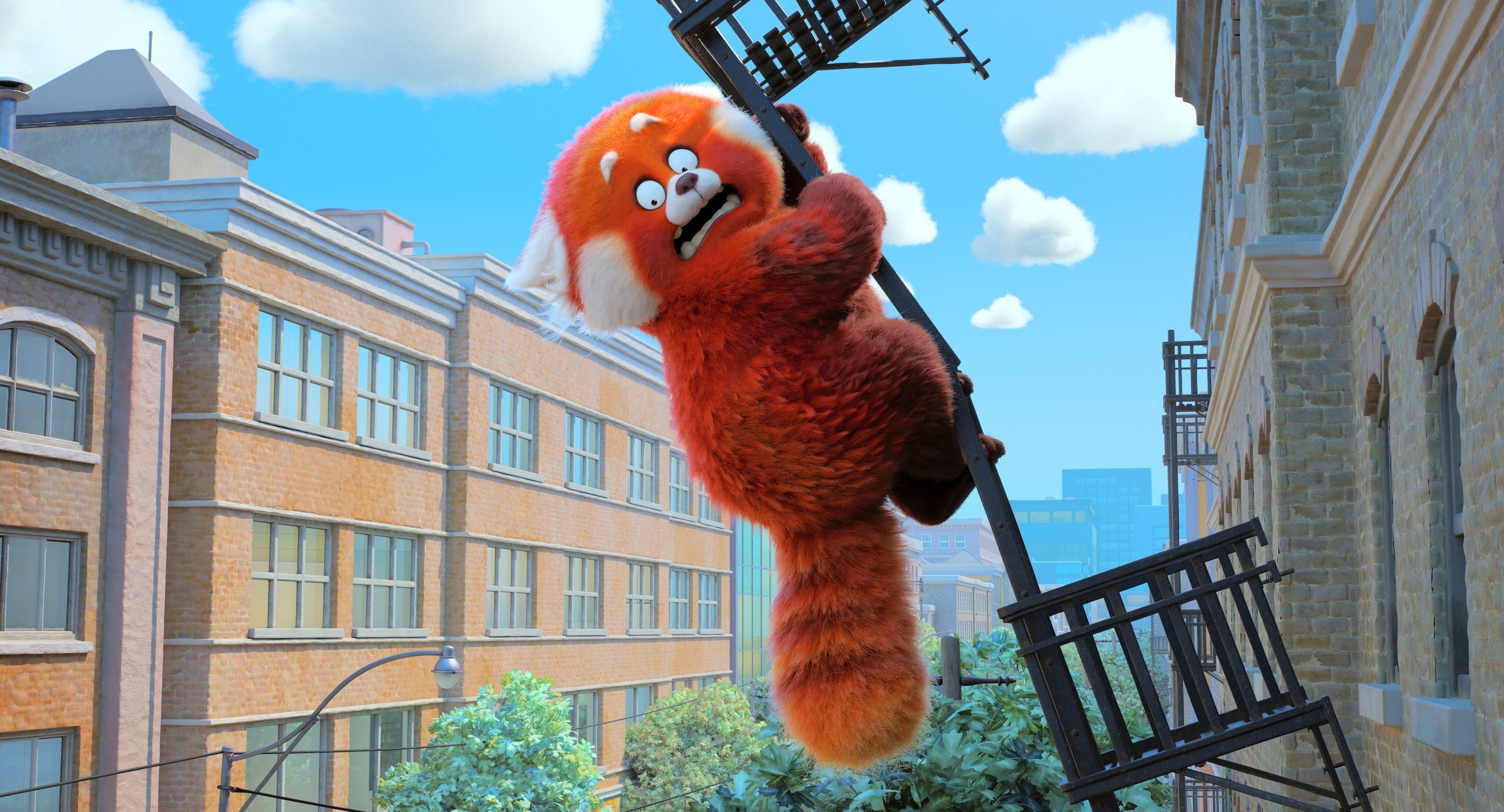 Will you and your kids be watching Mei’s journey as she turns red? Leave me a comment below!