Halloween is HERE! We’ve watched Hocus Pocus, bought apple cider, and brought a pumpkin home from the patch. That means there’s only one activity left for the Redhead Clan… Trick or Treating! Our costumes have been weeks in the planning, but with three full productions staring me down in only three weeks time, I’ve been a little absent from the blog prepping and working my tail off.  And that means even less time for Halloween costumes! But, I did get them finished and we were all able to show them off Sunday night at our Trunk or Treat at Red’s school.   My costume inspiration was Hub’s wish to be Wreck it Ralph.

Hubs has never asked for a costume before, so I was thrilled to be able to create something for us, even if it was in a pinch.  Since Hubs was going as Ralph, we pulled from the rest of the movie to outfit Red and myself.  As a “to scale” little joke, Red went as Fix It Felix.  Give that little guy a toy hammer and he’s golden, chanting “Fix It!” and hammering away.   I bought his shirt and hat, adding iron ons with graphics pulled from the movie.  His hammer was this toy hammer I bought and spray painted, sealed and dried.  We already had dark blue pants (corduroys) and I sewed the little tool belt from canvas and webbing. 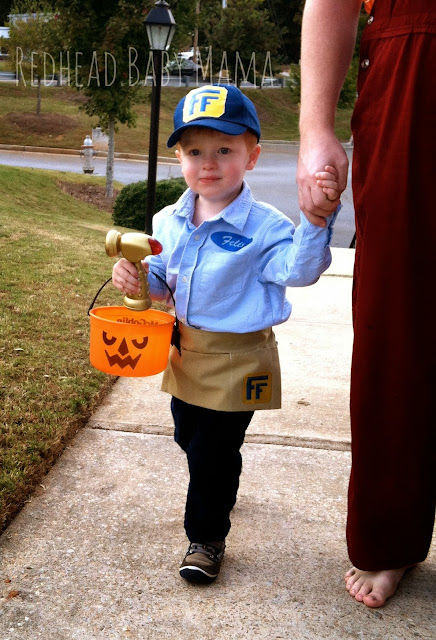 Hubs costume was created with a previously owned green tee, a thrifted, trimmed and painted orange polo shirt, and overalls I made him years ago that I dip dyed to the correct color.  This wig was redressed on his head.  When we attend our big party on Friday I’ll dress it more and get it to spike up correctly.  (I completely ran out of time, people!!) 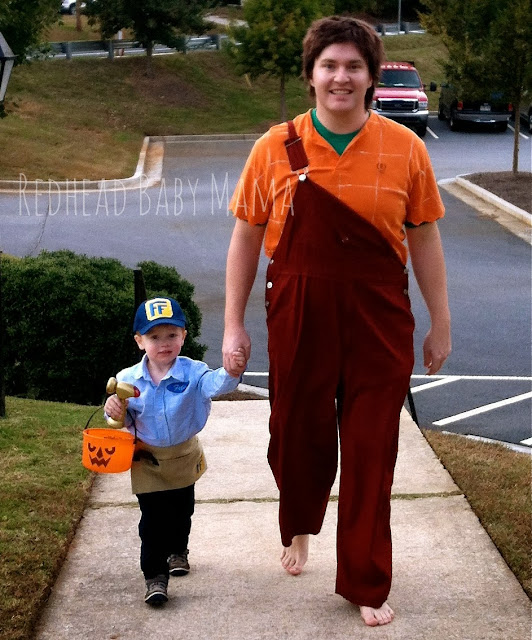 I went as Vanellope Von Schweetz, a totally rad cart racer from the game Sugar Rush within the movie.  I bought a wig from Epic Cosplay and through a series of creations, donned hair “candy”, airbrushed tights, a hoodie, pleated skirt and my old Doc Martens from the 90s. I promise I’ll go over my costume in detail later this week and link back to this post! Keep watching for more! 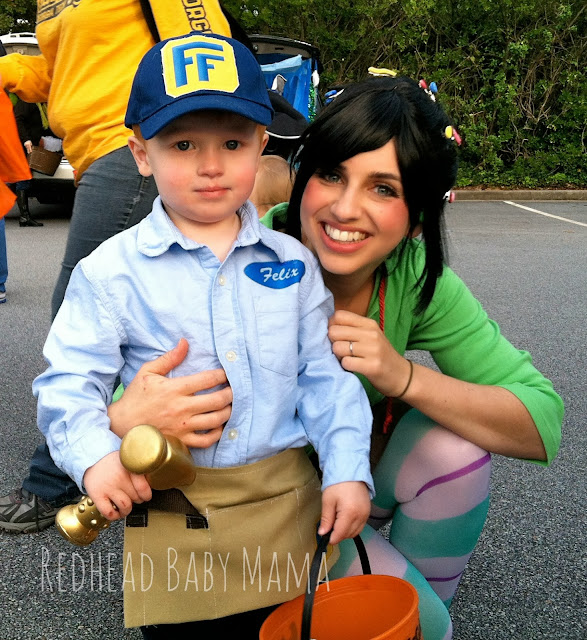 Don’t we look fabulous?! Even though it’s not perfect, it makes me VERY happy to see everyone all dressed up and having such a good time.  I’m really looking forward to our grown up Halloween party at the end of the week. All my shows will be mounted and running, and yummy appetizers and a bevvie will be waiting for me to relax with them and many friends.  How about you? Are your costumes all ready to go for this Halloween?   Let me know in the comments below! 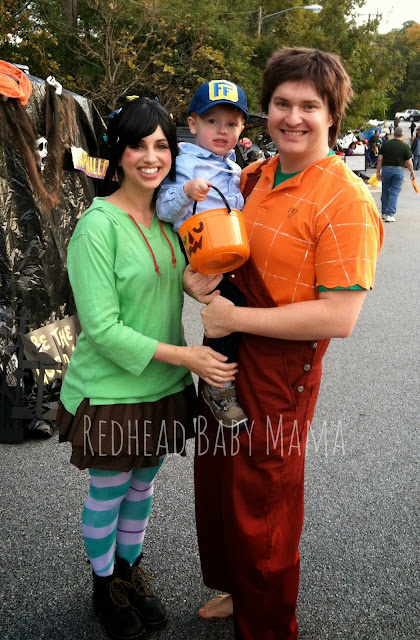