Red is only 3 years old, going on 4.  That makes him a preschooler, but being the size of a kindergartener, sometimes it’s tough to remember that he’s still just a little kid. It’s all gone so fast; these few years since he was born.  He surprises me everyday with his new experiences, and I can remember my daydreams when he was a little baby (I’m talking still in a vegetable newborn state) about taking him on his first trip to Disney World.  I even got teary eyed just thinking about walking him into the Magic Kingdom (ok, that may have been the post-pregnancy hormones…) and starting thinking about planning, savings, and experiences he might like.  I don’t think I really considered what it would actually be like to take a preschooler on their first trip to Disney World.

Would he crumble from the long periods of travel or walking? Would he be able to skip naps and go with the flow of our “schedule” at the park? What about food and drinks? Could he bear to stand in lines for rides without a meltdown on a warm Florida day?  It turns out that I needn’t have worried at all. My big guy took everything in stride and learned a LOT while experiencing the magic of the mouse. 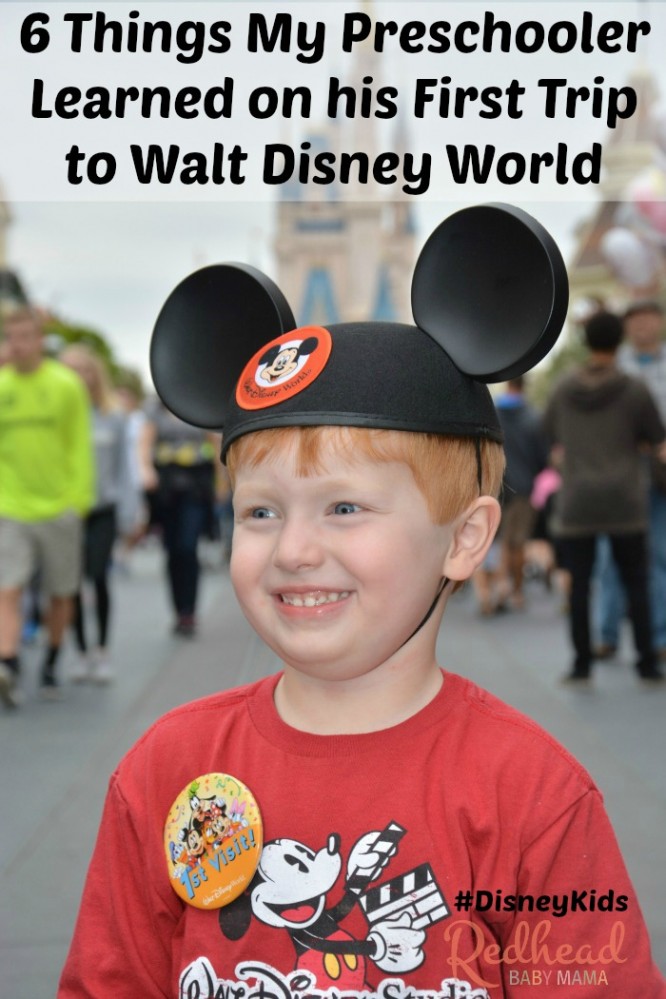 When our family was invited to spend a long weekend with the #DisneyKids team to experience everything the Walt Disney Resort had to offer preschoolers, I was flabbergasted. Honored. Excited!  We took off to Florida together, on our second family vacation and waited until we were in the line for the Magic Express to tell Red exactly where we were headed.  It was then I realized that Red was going to learn a lot from this trip:

1. He learned how to travel

My little homebody.  Red loves to be at home, playing with his toys, and rarely likes to venture out.  Now, he’s very much a busy little boy, but likes to be in his personal space.  That being said, we initially had some whining about “wanting to go home” and sleep in his bed throughout the first few days of the trip.  But when he finally realized that this was the only place to see Mickey and Donald, he began to ease into the idea that this was temporary and going to be a lot of fun.  He was eager to help carry bags and take a part in our family travel. It was easier to deal with his energy when he had a definite task and felt in charge. 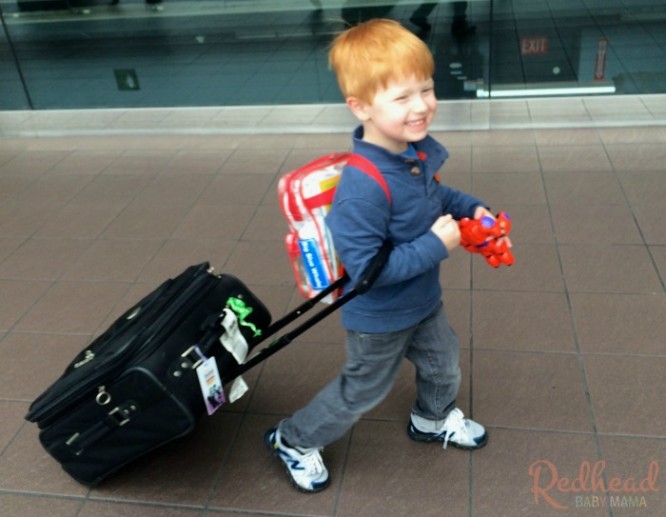 2. He learned to truly wait his turn.

Waiting is never a toddler or a preschooler’s strong suit.  But at places like the Magic Kingdom, densely populated queues can take a toll on anyone’s patience.  But the repeated action of “please wait your turn” followed by the intense magic of a ride or character greeting was all the reinforcement he needed.  In fact, waiting in line for things at home now is a breeze after all that practice and reward.  Getting to hold the line card a few times was extra special (did I mention he likes having a job!?) 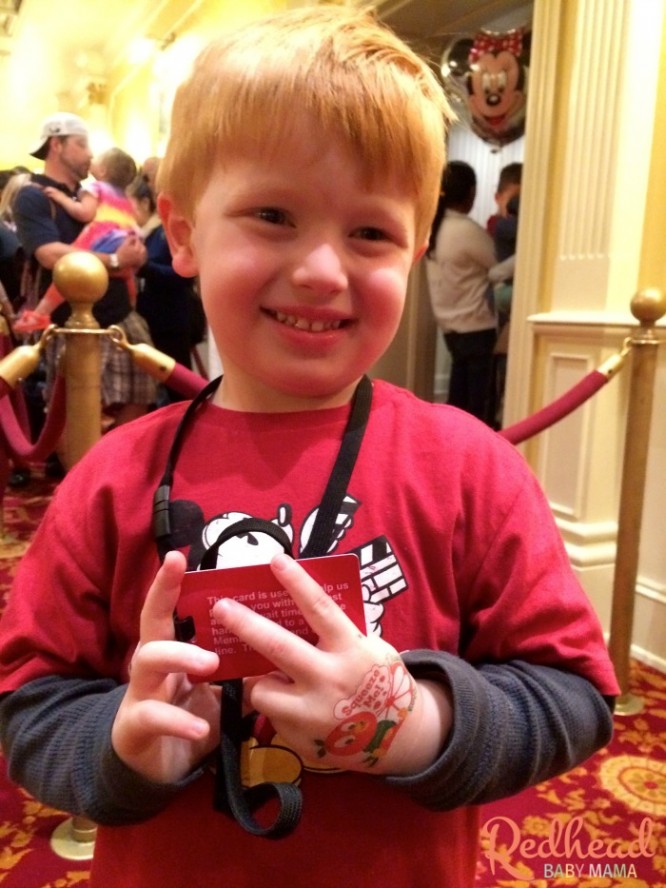 3. He learned to try new things.

Naturally, Red’s first trip to Disney World meant doing a lot of new things.  Especially in a new environment.  But Mr. Homebody isn’t always open to trying stuff.  Chase asked him to ride a “fast” ride which ended up being his first roller coaster, and Red was thrilled. Check out the video below of their first Barnstormer loop and end celebration!

And eating new things! My picky little eater is getting much better than he used to be, and is willing to try one bite of something new.  When those things are ice cream, it’s a heck of a lot easier! Chocolate, on the other hand, is still touch-and-go.  Peel the shell of the Mickey Ice Cream bar and he was good to go! 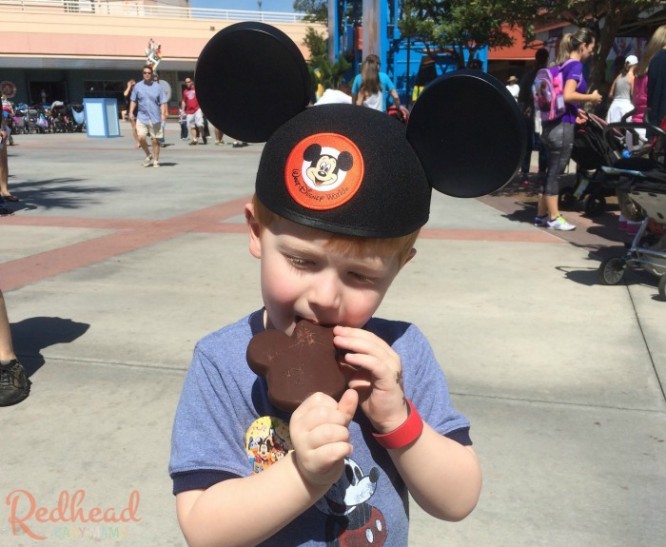 4. He better learned to communicate his needs.

Since preschoolers can whine and really hit a wall fast, it was important that Red communicate with us on this trip. That meant us asking a lot of questions, and giving him some choices to make.  We did not pack a stroller to bring with us on the trip (mistake!!) because Red no longer uses one at home and he has so much energy we thought we’d just feel it out.  Sure, it did great until we’d been at the park for a few hours, but then ended up on Daddy’s shoulders or not having the best time because he was tired.  He quickly learned to tell us when his legs hurt, when he needed a break or even was thirsty. 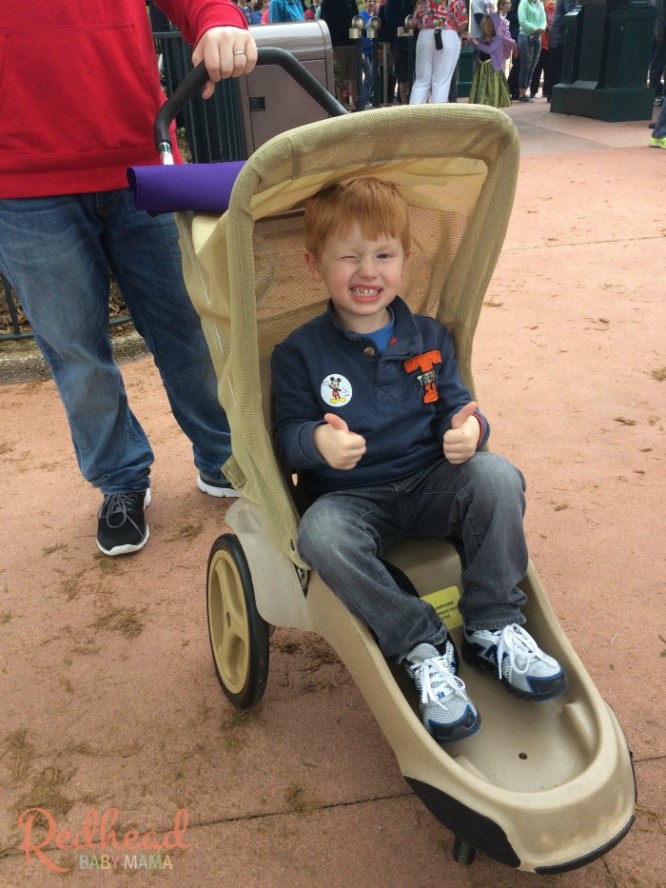 Those breaks came a little more often than I anticipated, and I was really proud of him for being so clear and upfront with us instead of waiting and melting down.

5. He learned to be a bolder version of himself.

Red’s personality only grows with each day that passes. Such is being 3 going on 4.  But this long weekend trip was the perfect way to reinforce his interests and do things that catered to his age group.  This meant that everything we did he was excited about, and it was great to see him become a little bolder and surer of himself.  Our pictures turned out wonderfully because of the passion in Red! 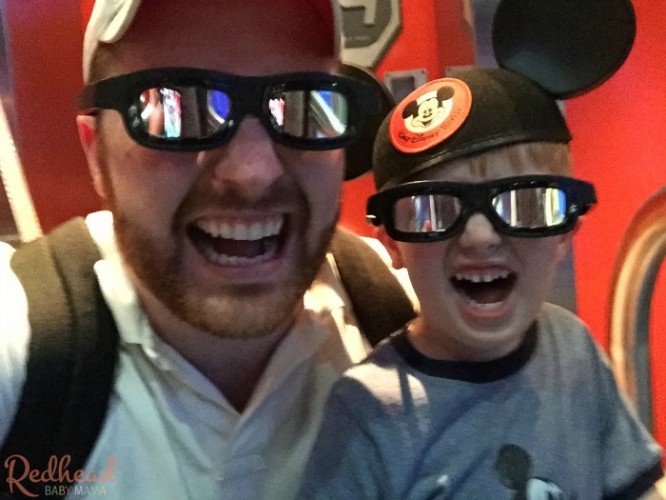 6. He learned that Magic was REAL.

When you’re younger, everything is more intense, and most certainly, more real.  Walt Disney World was where Mickey LIVES and where all his friends live. We could see Jake and Sophia and every piece of Disney magic came alive like nothing else.  Simple things we might take for granted like It’s A Small World wowed him and produced wide-eyed faces and dropped jaws.  There were several rides that were requested to be repeated, and Chase and I didn’t mind a bit. 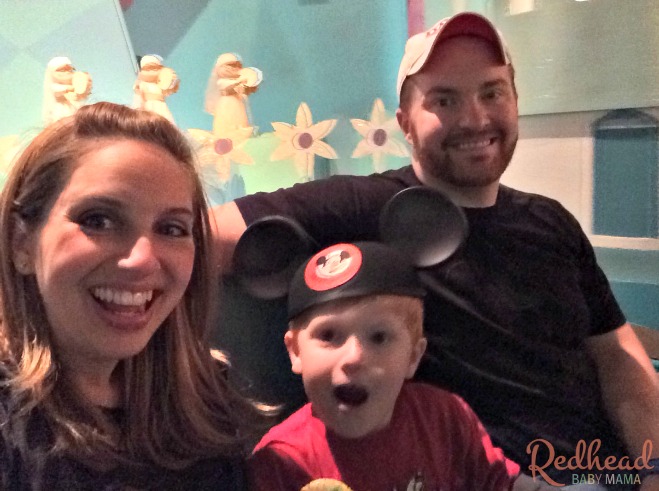 Even our Memory Maker Photography was more magic than usual. See what Red is holding? She happens to be his #1 crush right now. “Oh, Tinkerbelle,” he says!  When she flew over the castle for the Disney Wishes Spectacular, he nearly had a heart attack.  It was incredible, and five minutes later, he passed out in Chase’s arms. I have a feeling he hasn’t ever slept better than that weekend because all that magic was real.  It reinforced that anything is possible with a dream and a wish, and that’s something I hope he keeps in his heart forever.

**For an insider’s peek into the Bibbidi Bobbidi Boutique visit for boys, visit my post!**

What Disney magic has your #DisneyKids learning and growing?