For as long as they have had it, I’ve participated in Cow Appreciation Day.  An un-official national holiday, Chick-fil-a awards free entrees and entirely free meals to customers who dress up as cows and show up to the restaurants.  When Red was an teeny tiny baby, we dressed him up and got free Chick-fil-a. This year was no different, but he was less-cooperative to wear a costume… 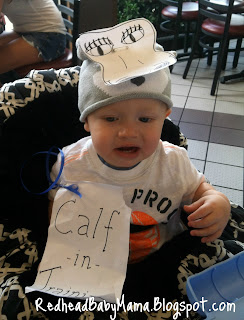 I realized the night before that we needed costumes for lunch, so I copped out and hand drew a cow face, sign (which was promptly chewed and torn), and cow spots.  Even Hubs got a quick cow treatment : nose, ears, spots and a tail.  Mama got the same treatment, but as I was taking the photos, I usually don’t end up in them.  I used some 3 year old sequin black trim and whipped up a tassel from leftover chainette fringe.  A little McGyver, but I’ll plan better next year. 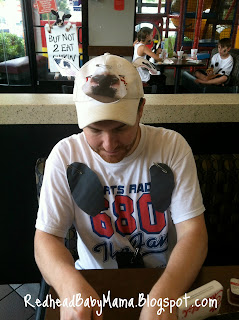 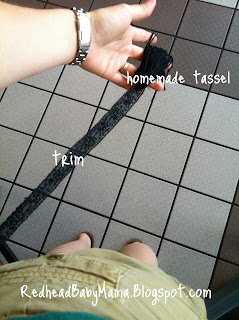 For our efforts, we were awarded one kids meal, and 2 #1 combos. Nom nom nom.  In the past, I’ve upgraded for a delicious-calorie-laden milkshake.  Because I love them. 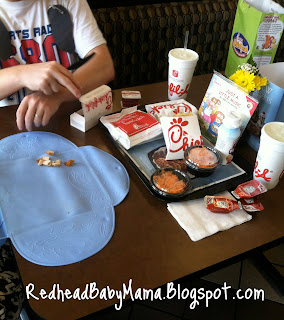 **I do realize that I’m posting this on the heels of a hot debate, but if you care to know my thoughts on it, I believe in tolerance, and your personal power to choose.  If you want to participate, do.  If you don’t, then refrain.  It’s what makes our country great.  Respect other’s choices, and please, if you preach tolerance, try to practice it and not defame the other for his choices.  **