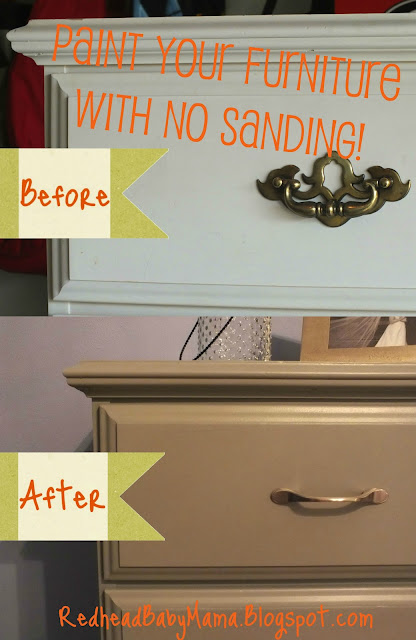 I finally got around to one of my #slackerprojects.  Painting my chest. [beat]. Not that kind of chest!  My lingerie chest!  I originally saw a pin on Pinterest with such a project and knew exactly which piece of furniture would get the treatment.  My parents procured this chest for me when I was knee-high to a grasshopper in grade school. With it’s shiny brass hardware and well greased drawers, it grew to a highly useful, visually outdated eyesore as the years went by. 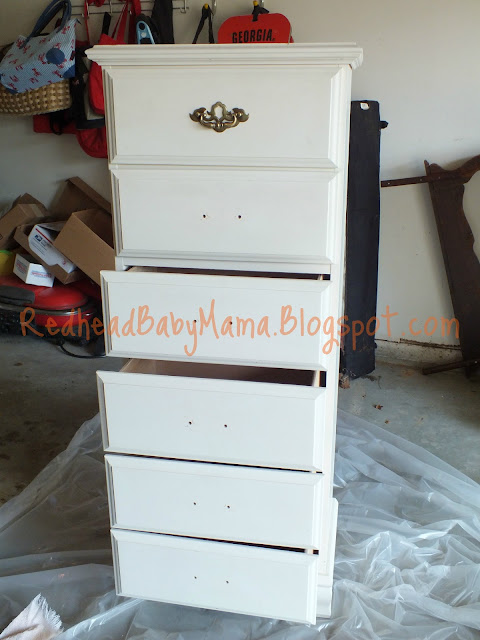 I decided that this project had to get an overhaul. I did not want to sand this puppy down. Too many angles, and with Red running around like a slightly less destructive #frankenstorm, I didn’t have the time or patience. Instead, I procured a bottle of liquid sandpaper (also called deglosser – I like the Rust-Oleum brand if you can get it) and a scrap towel and started rubbing at the wood. (Please note that I did this in our open-doored garage with a fan running and laytex gloves. Deglosser is extremely flammable and noxious).  Take a small portion of the toss after you’re done cloth and soak the corner in deglosser.  Rub vigorously on the wood to strip the finish and pore the wood.  The delglosser is no substitution for sanding (or so the bottle says) but the paint has  held up GREAT to the daily drawer slamming.
Speaking of drawers, can you not remove your drawers all the way from your chest? Check the underside for a flip switch that will allow the drawer to slide out all the way. I had no idea these existed until 6 months ago.  I mean, how often do you look at the underside of a drawer, anyway?! 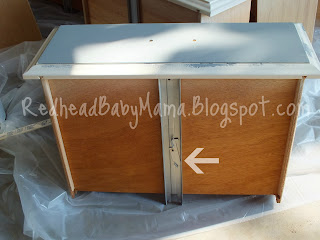 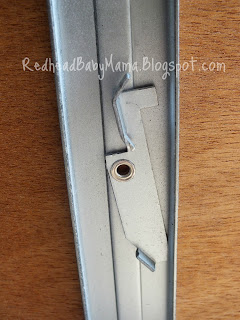 Also… if you can’t remove your drawers, your 8th grade underpants may or may not get stuck on a shelf.  Just sayin’… 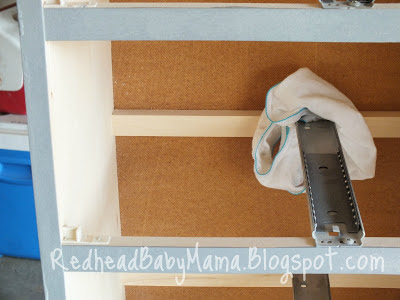 After deglossing, it was painting time.  The dresser had been white ever since I had owned it, so that meant no primer base coat for me! I took two coats of gray Behr paint and slathered it on the dresser.  By the next morning, all surfaces were dry and ready for the new hardware! (Make sure you take measurements before you purchase anything).  Back in its own little corner (in its own little chair), the dresser looks great, and it’s much more modern! Now I’m snooping around the house looking for my next deglosser victim! I should mention that this project was hosted on wedgewoodinteriors.com as one of the best lingerie chest makeovers! 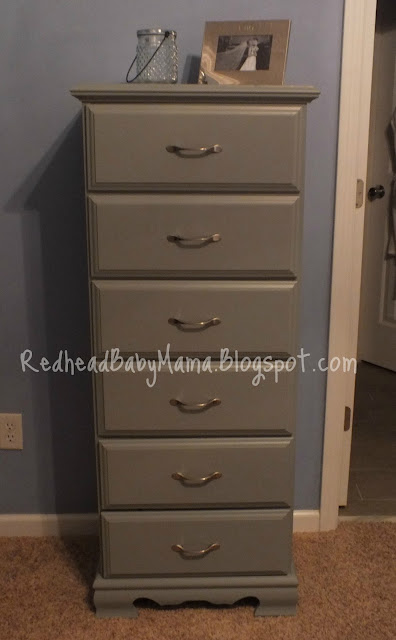