I’ve had the same wreath on the front door for 4 years. It was bought at Christmas, and just stayed there until I noticed the “berries” starting to shrivel and dry out.  Like, until the next summer, when my Mom came to visit and nearly had to roll her eyes at it.  Just kidding.  I was the one that did the eye rolling.  And the noticing of the mildew on the berries. Ew.  Just ew.  It’s about time for something fresh on that front door. 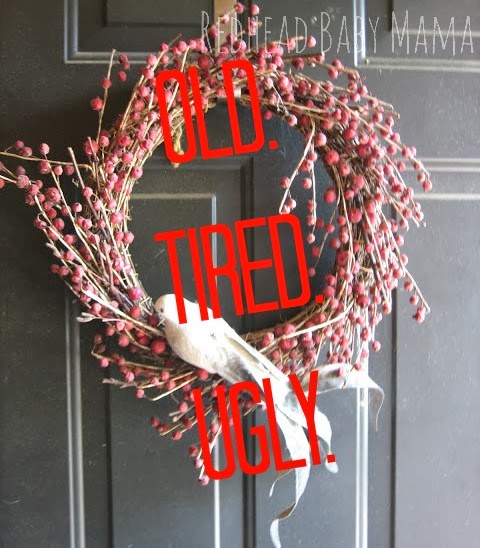 I ran my butt out to the craft store and got one 18″ metal wreath form, 2- 15 foot rolls of burlap, moss packet, and a new little orange bird (isn’t he CUTE?!  Maybe I need an entire wreath of little birds…..). 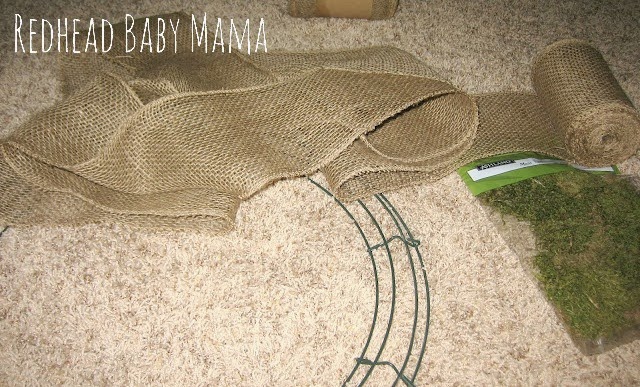 I started by wrapping an end of the first burlap roll around one or two of the metal loops.  Something sturdy and shut, but not large or cumbersome.  This way, the knot remains functional and doesn’t overwhelm the rest of the wreath. 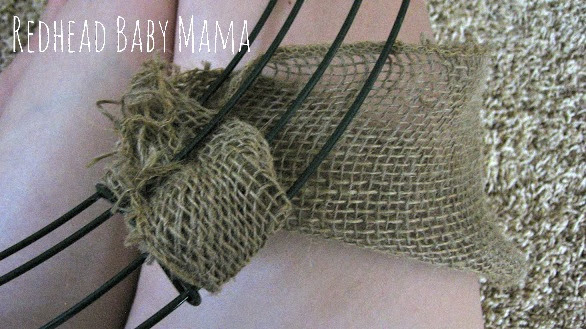 Next, from the back of the wreath frame, loop the burlap up into the most outside space of the frame.  Move over to the middle space, loop again, and move to the inner space, loop.  After you’ve done a bunch of loops (about 3 fingers high), squash them gently together. 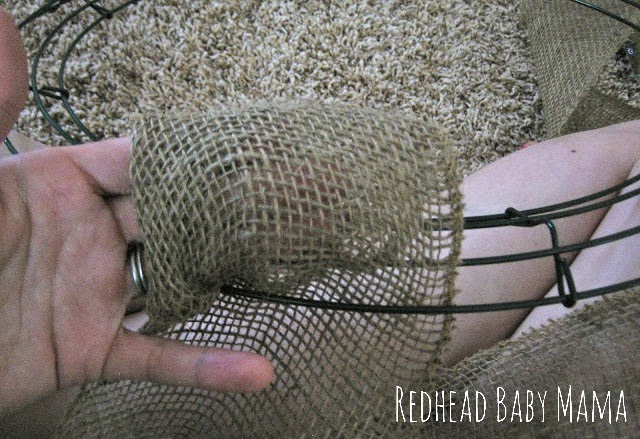 You’ll end up with something like this.  As for which spaces to loop, use your judgement.  Loop from outside to in, and then inside to out to save on burlap.  Squish the loops together at your discretion to create a fuller or looser wreath.  (My toenails are still painted in this photo.  Score: Mama – 1. Toy background disaster – 2. ) 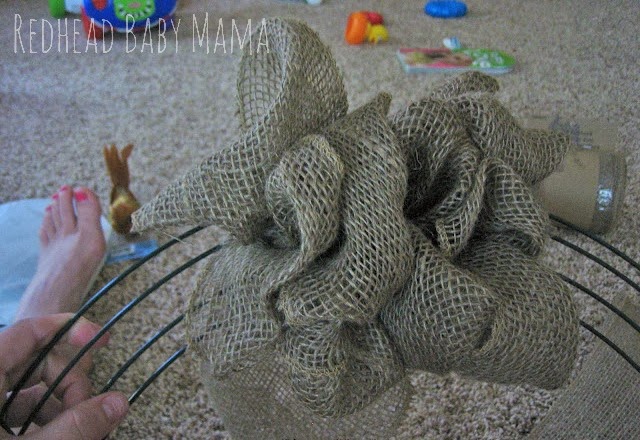 I used one 15′ roll of burlap on exactly half the wreath.  If you were doing a 12″ wreath, one roll of burlap would be plenty.  Since I was doing a large wreath (18″), I specifically used 2 full rolls on the wreath in order to have extra fullness. Once I finished with both rolls of burlap, I had a loose end to deal with.  I tucked and wrapped it into the frame.  No end knot means no extra bulk.  The flat back of the wreath will lie nicely against the door. When I finished, the front looked like this!  I could have hot glued my additions onto the wreath, but the burlap was very “grippy” and the moss was pliable, so I just twisted it into place and folded the ends between the burlap loops. 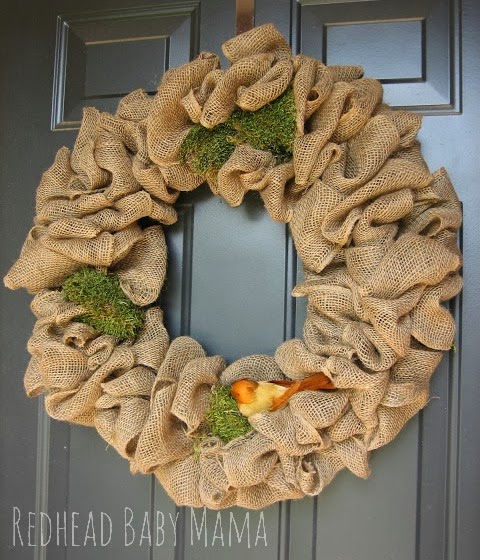 Hung on the front door, it makes the porch look so much nicer and cleaner!  Find my pin here on Pinterest, and while you’re there, follow me!  What have you made or DIY-ed lately? Anything for your home?