There is love. There is heartache. Most of all, there are deep connections. The odd, outcast “Marsh Girl” is the center of this story, singled out for her choice to live “off the grid” in the early 1960s, all thanks to being abandoned by her family. But this film isn’t so much a mystery film as it is an outcast’s biography. Where The Crawdads Sing is the true heart and soul of the marsh, from its people to its landscape. 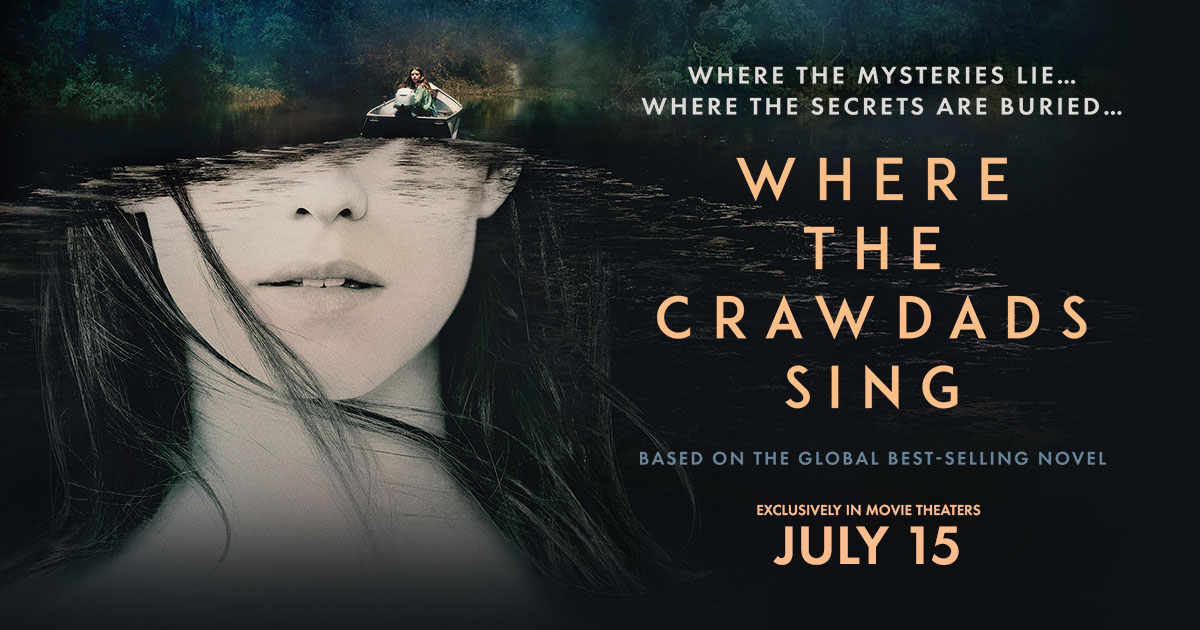 Where The Crawdads Sing Movie Review

Where The Crawdads Sing will debut exclusively in theaters on July 15, 2022. And it’s a must-see if you’ve had intense relationships in your life. I don’t mean only family relationships or only romantic ones. The deep ones can only be examined through hindsight, self-understanding, and love so deep it hurts to think about.

I will admit I read the book so long ago that watching the film unfold felt like the first time I experienced the story. I learned long ago to read the book long before or after viewing a film, so I couldn’t be mad about the lack of similarity on the silver screen. It was a smart move for this film, because I became so invested. Kya Clark (Daisy Edgar-Jones) is a young and country-beautiful girl trying to live her life as safely as she can. But life inevitably leads her into trouble, where she is ripped, painfully, away from her family. Leaving her vulnerable, life continues to twist, sometimes favorably, until an unthinkable tragedy hits the town of Barkley Cove.

In just over two hours, Where the Crawdads Sing managed to make me fall in love with the characters and tore tears from my eyes in a way that a movie hasn’t done in over thirty years. It may seem like a crummy The Notebook or something equally sappy as the film starts its journey, but I can honestly say that you need to stick with it past the prologue scenes and dive into the marsh waters for a wonderful story that might leave a movie-goer or two breathless.

Is Where The Crawdads Sing For Teens?

Coming from the perspective of the film’s rating, there are sexual scenes. Not so much more nudity than in a Marvel film (not so much as a rear end, but you do see body silhouettes) but there are sexual encounters, and not all of them are so nice. Despite the PG-13 rating, you may need to talk with your elder or middle teens if considering watching this film with them (or without them). While it’s important to understand safety and expectations in situations like these, you don’t want them to go unawares into the movie.

The film, due to the aforementioned issues, is not for children. I didn’t even go with my spouse to see the film, but my Mom. It was the perfect movie date. You can watch the trailer below, which adds more of a mystery element than I thought was present (I was wrapped in her relationships with the town) but nevertheless, you’ve got to watch this film.

Where The Crawdads Sings opens nationwide in theatres, July 15, 2022.